When referring to military ships, 100 years is a very respectable age. Given that, we are excited to announce that March 12 this year marks the 100th anniversary of the well-known battleship USS Texas. This grand vessel is a veteran of both World War I and WWII, having taken part in Operation Torch and the disembarkation in Normandy. Today, the World of Warships team celebrates this veteran ship and its heroic crew!

Along with the 100th anniversary, we are proud to announce the addition of Texas to World of Warships! The ship will appear in-game as a tier V New York-class battleship. When researching the module, you will see various changes that were made to the ship during its long service. For example, instead of lattice masts on Texas, you may see more modern tripod variations. 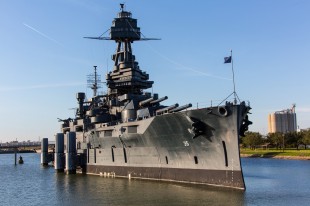 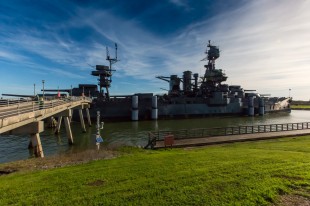 Furthermore, we’d like to show you photos of how this veteran ship looks today. 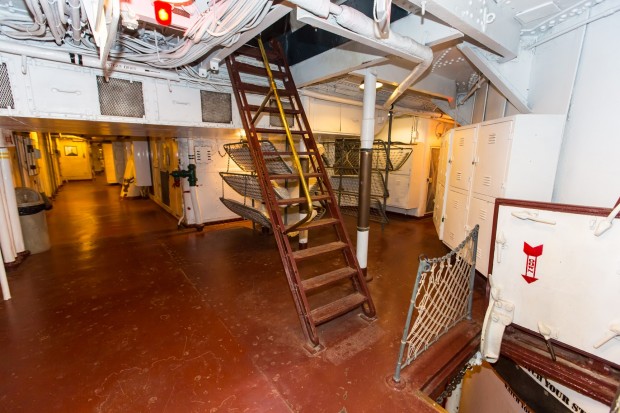 Texas was modified more than once during its long service. As its crew grew in number, these modifications were necessary. For example, additional beds were found in the most unexpected places.

As you can see, the commander’s cabin is quite modest. 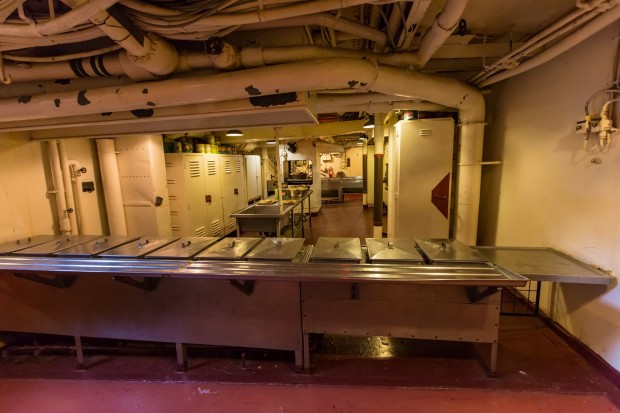 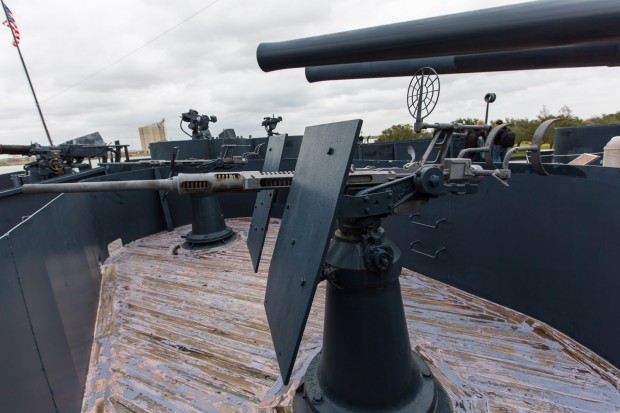 Onboard  Texas, there are a number of different types of weapons. For example, the Swiss produced the admittedly not-so-successful Oerlikon 20mm anti-aircraft guns. 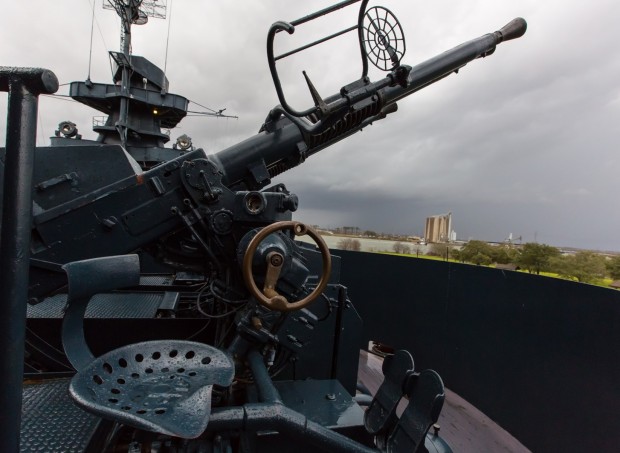 There’s also the well-known Boforsa, developed in Sweden, but soon licensed by the United States. 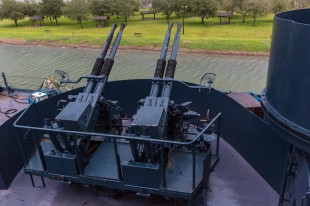 Take a look at the impressive power of these weapons. 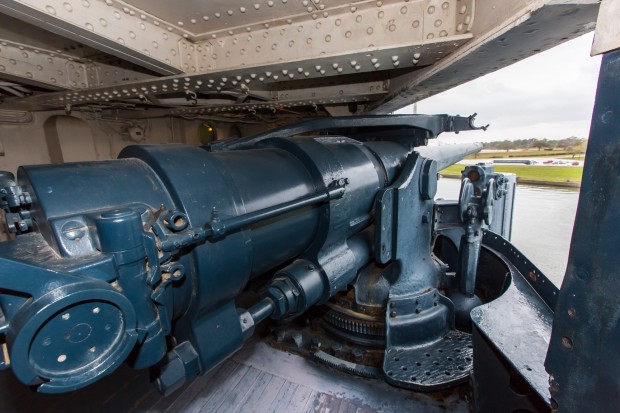 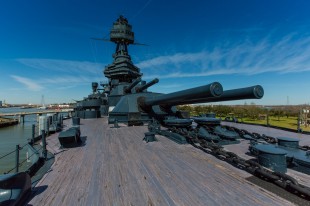 …And its big brother, the major caliber gun.

During our tour, we were lucky enough to get a short interview with Andy Smith, the current ship superintendent of USS Texas. 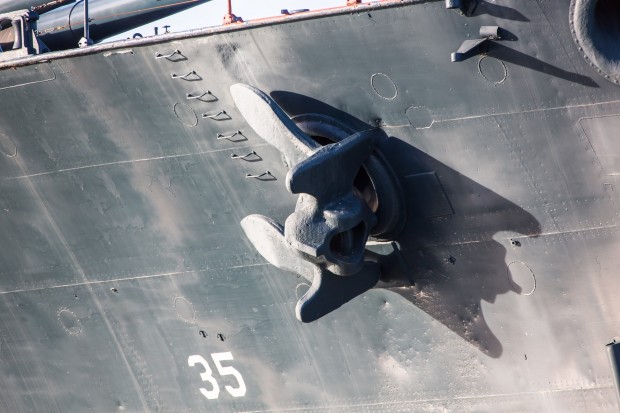 Here you can see some interesting marks on the exterior. The ship’s anchor made these dents during some harsh pitching.

The steering system is made up of four steering wheels, which were needed in order to make a manual turn. Despite using mechanical reducers, they still demanded an enormous effort from sailors to turn them. 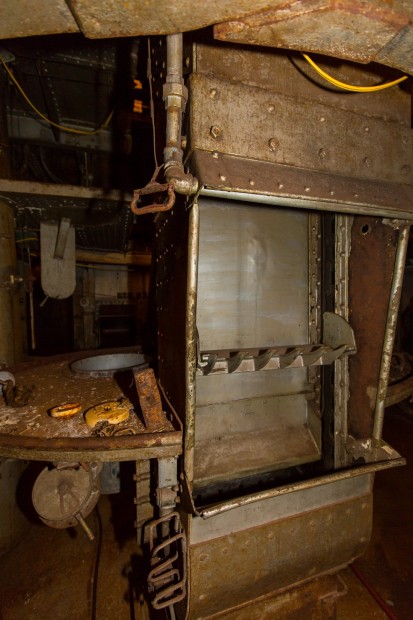 Here is the elevator that provided gunpowder to the major caliber gun. Observing the machinery on this deck helps us truly understand how old Texas really is.

This is the power plant control post. It is equipped with a powerful cooling system, but even when the machine was switched on, the  crew still had to endure  terribly high temperatures. 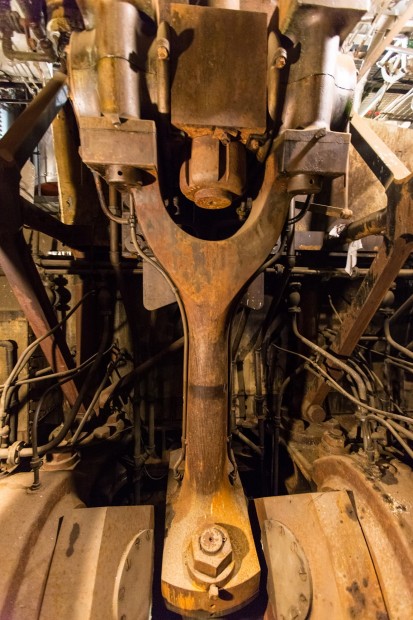 The crankshaft of the main engine is what sets this multi-ton steel giant in motion. These piston systems were then followed by steam-electric systems. 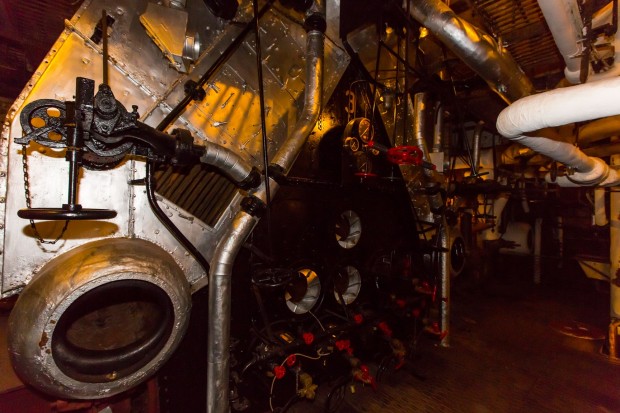 Here we have one of the boilers. 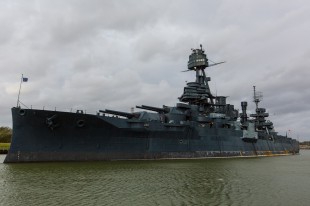 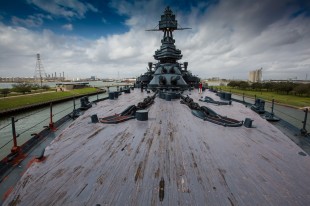 Even now, an entire century since it was built, Texas is overwhelmingly powerful. Despite its old, it still looks amazing; a true monument of history at sea. And having been taken care of after all these years, it will serve for another 10 years or more.