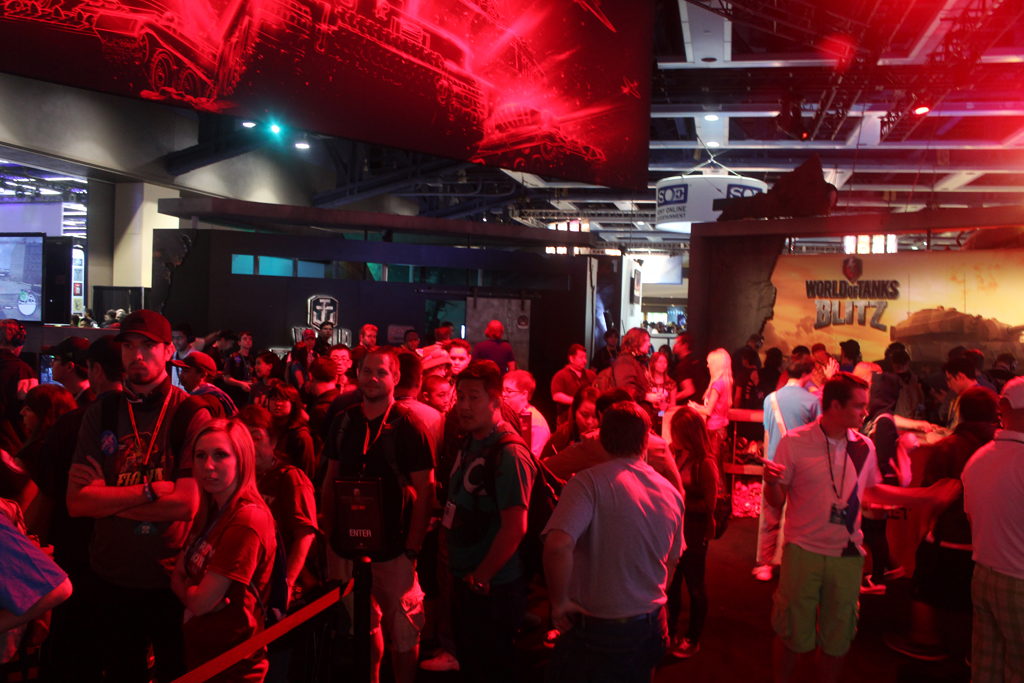 Ten years ago, the minds behind the Penny Arcade web comic decided they wanted a show dedicated to gaming. Comics and movies had plenty of expos dedicated to them so why not games? In 2004, about 3,000 gamers came out to a convention center in Washington to celebrate everything from videogames, board games, game music concerts to dev panel discussions. PAX quickly became the place for gamers to share their passion for gaming and show had to expand from PAX Prime to include PAX East and PAX Australia.

After ten years PAX is bigger than ever and Wargaming couldn’t pass up the chance to chat with our players face to face. It’s the perfect place to meet gamers of all types and learn the latest gaming news. Didn’t get a chance to attend? Read on to find out what you missed!

PAX 2014 was epic for us because it was the first chance for players in North America to get their hands on World of Warships and captain 30,000 tons of steel! Players could check out the game in an awesome booth and play a special version of World of Warships created just for PAX. 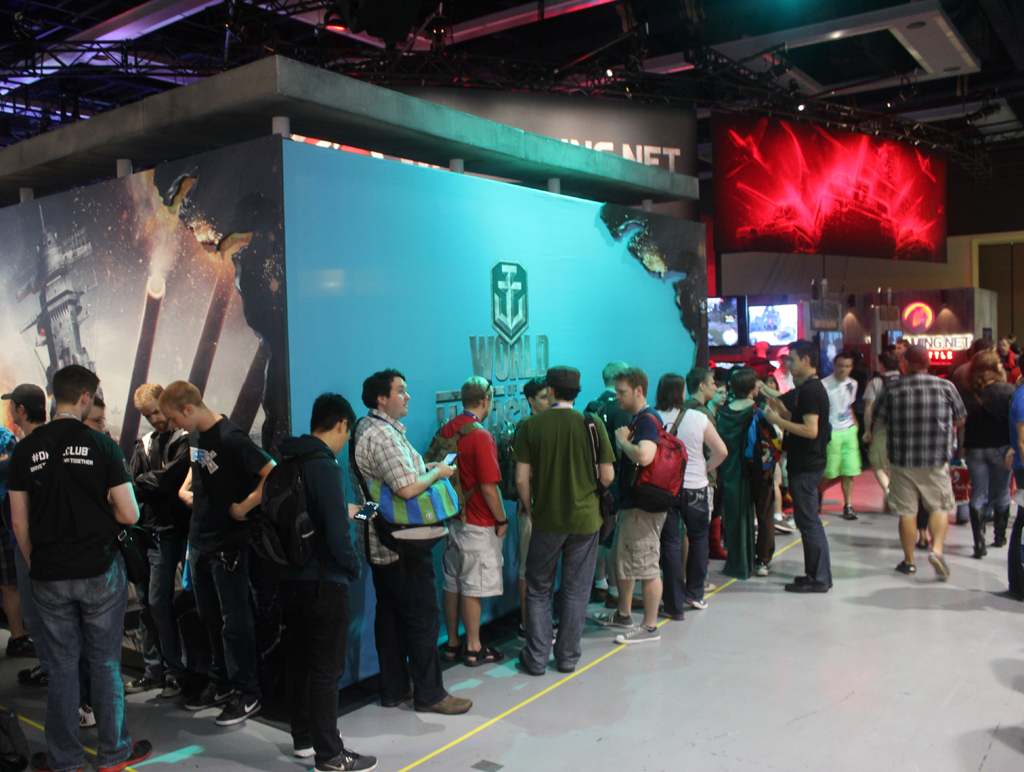 In 4 days, we managed to fire a total of 106 thousand shells while speeding around in destroyers or soaking up damage in a battleship. The line was around the booth for most days and I saw some dedicated captains jump back in line for more action.

“World of Warships looks absolutely amazing! The presentation for it was perfect…” –PAX Attendee

Players were excited to jump on the deck of history’s most iconic warships and almost feel the spray of the ocean off the bow. The folks over at Curse had a chance to play a few ships battles during the show and awarded World of Warships with “Most Realistic Graphics”!

Curse wasn’t alone in their enjoyment because we also earned MMOGames  “Best in Show” award and MMORPG’s “Rising Star” Award! Must have been something about watching those massive 16 inch guns swing around to blast the enemy!

“I will be keeping a very close eye on this title and look forward to taking command of numerous Naval Vessels…” – MMORPG.com

Overall, everyone had a great time (us included!) at the World of Warships booth but that was only one part of Wargaming at PAX 2014…

We also went crazy with the rest of our booth! Players could play World of Tanks PC, Xbox, Blitz, World of Warplanes to get a raffle ticket and a unique shirt for each game. If you played all five games you got all five shirts! 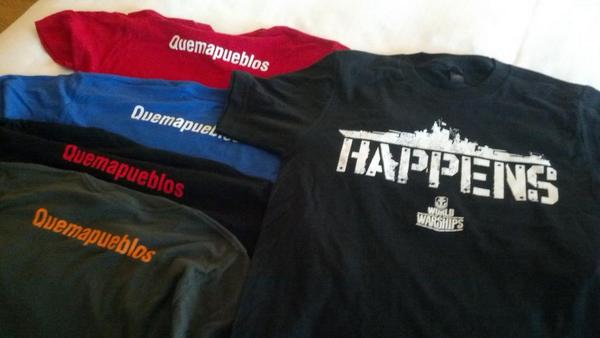 We ended up giving away over 10,000 of those special PAX shirts and that wasn’t the only way for attendees to get some sweet swag from us. While players waited in line for our games they could be pulled on stage to compete in on the Live Wargaming PAX Game Show. Who knows if you’ll have to answer some quiz questions or unscramble the name of a tank. 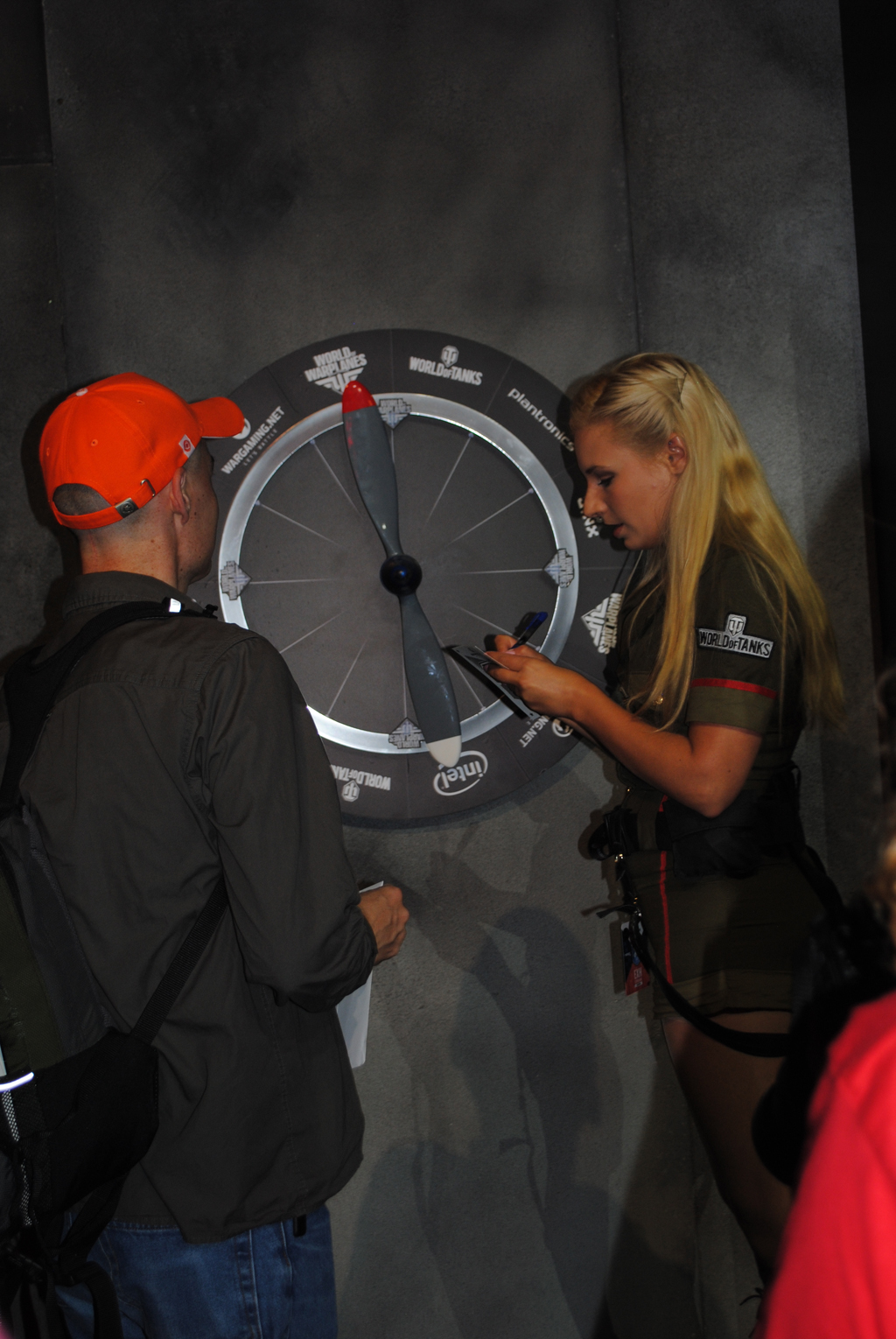 On top of all that fun we had a PAX wide Scavenger Hunt with our friends around the show like Intel, Corsair and Plantronics. Attendees could collect a new envelope each day and then run around PAX trying to get cards filled out in order to earn a chance at the Prize Wheel and our mega grand prize.

We ended each day with ultimate pile of prizes, the Warcase. Anyone who played a game at our station that day or completed the scavenger hunt had a chance to win something awesome like a Battlestation gaming rig from Corsair! 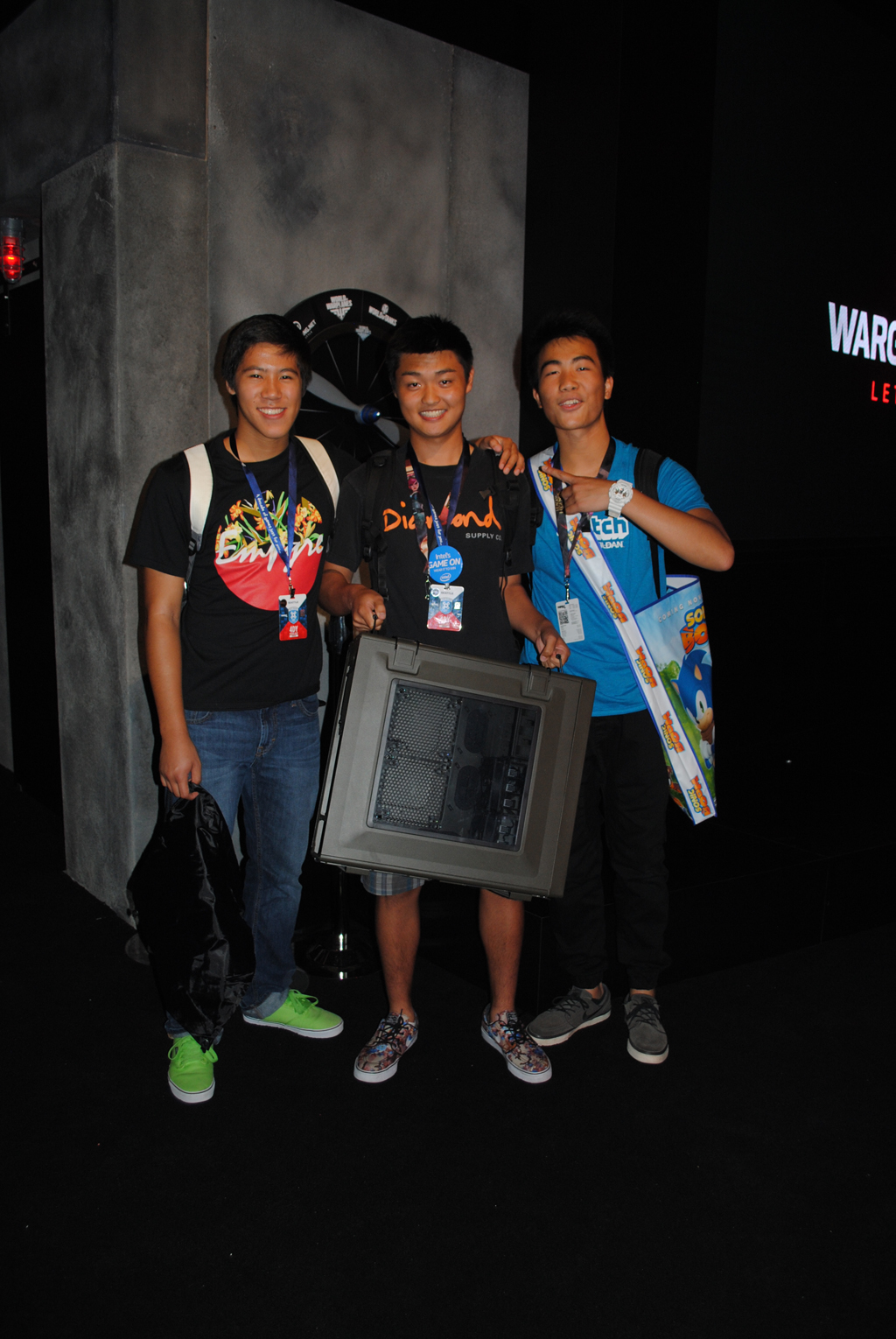