New Year’s Eve is perfect for self-reflection and meditation. It is a time to look back, sum up the past months and set goals for the future. Today, the developers of World of Warships relive the most important events of the past year and talk about their plans for 2015!

Ivan Moroz, Director of Global Operations on the Stages of Project Development

In the course of the year, World of Warships has changed considerably and has grown prettier. At a certain point in development, we put aside the previous gameplay model and many game mechanics and replaced them with a brand new prototype. The result is more than impressive—the gameplay became even more dynamic and intense while remaining profoundly tactical to the core. Players immediately saw the difference. Ships felt better now, their size, speed, guns and every subsystem. Alpha testers also approved of the changes, leaving thousands of comments and tons of feedback on our forum.

The Beta Weekend of World of Warships was an important step and another success that exceeded our expectations. We managed to gather a lot of useful statistics and player feedback during the weekend which is invaluable for further development. We are not planning to slow down in 2015—more stages of mass testing are coming, followed by the home straight to release.

The QA Department grew both in quantity and quality in 2014. We built the core of the department and hired some talented people who are crazy about video games. The game development and testing will get more intense each day, meaning a new stage of expansion and evolution is coming to the department in the near future.

The Automation Testing team achieved great results in 2014. They finished creating software tools allowing us to carry out the most complex tests of both game client and server with the help of bots. Moreover these tools do not require enormous resources to support them. Software imitating behavior and reactions of a “living” player is currently in the final stage of testing. It is indispensable to testing the game’s functionality. This software will facilitate the recording of battles of the same type so we can discover and eliminate difficult-to-find bugs. Game performance testing has basically moved to a whole new level.

Plans for the new year? First and foremost, we are planning to grow and expand even more. The Automation Testing team sees their priority as fine-tuning and enhancing the already available tools, as well as using bots for routine tests. The Performance Testing team will focus on optimizing the game for average hardware configurations. Of course we will continue to increase our project and professional skills, develop more tests of the game’s functionality and quickly react to any changes.

Vladimir Gremitskiy, Head of Art Department on World of Warships

The highlight of the year for the Art Department was the implementation of PBS (Physically Based Shading) technology which took game textures to a whole new level. In short, it is based on the principles of physics regarding interaction between light and different materials. PBS makes light effects on different surfaces look more realistic whether it’s wood, polished metal, rubber, or a textile. You might have already seen PBS in action at IgroMir 2014. All warships shown here were redesigned to incorporate PBS, including the Aurora which made quite a stir. 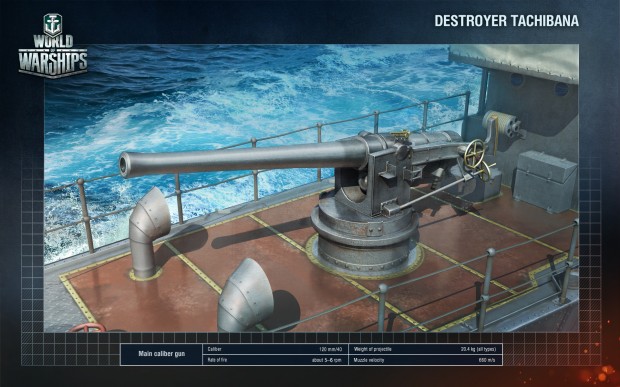 The main goal of our team in 2015 is to accelerate the production of ship models, including new game nations. For example, we have already begun working on Russian tech tree. We visited several naval museums of the Soviet fleet, such as the Project 7 Rekordny destroyers and the cruiser Mikhail Kutuzov. The design team of the Art Department is already studying documentation on unfinished Russian aircraft carriers. In short, there is much to do in the next year and we are absolutely ready.

Keep an eye out for part II – coming soon!