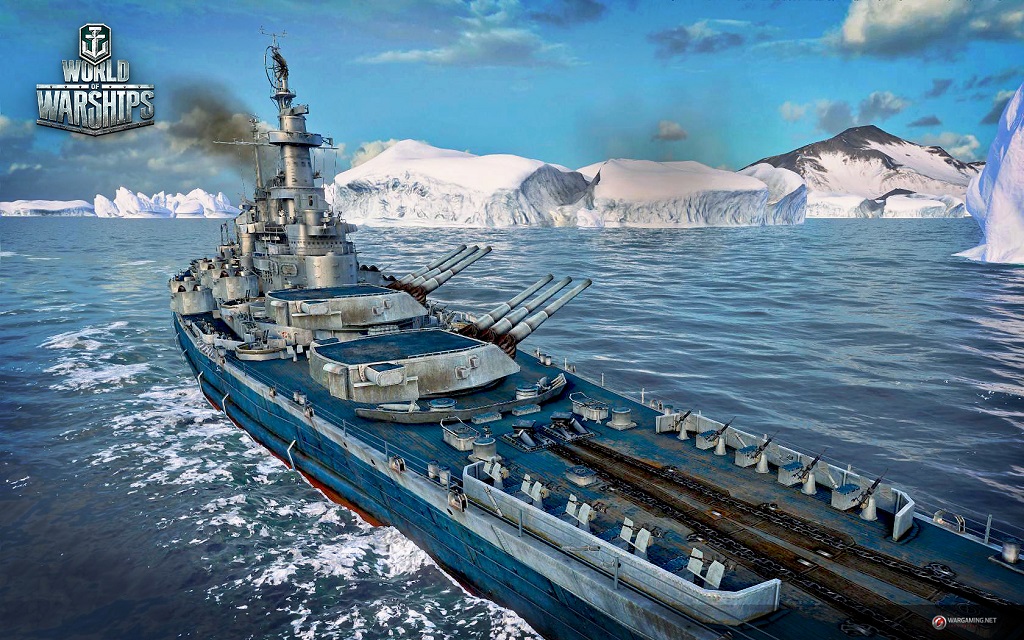 Captain. Destroyed ships and was also destroyed. Yelled in the microphone constantly. To the amazement of all, this helped lead them to vicory.

Thanks to his quick thinking, we managed to win the most difficult team battle.

His smoke saved an allied cruiser in the final battle and allowed them to destroy enemy squadrons. That’s what we call being in the right place at the right time.

Deputy of the Captain. Author of numerous combat tactics and operational planning.

On the Alpha server he’s known as a skilled destroyer player. He is able to destroy at least half of a team with his destroyer alone.

One of our Aircraft carriers, who plays a key role in the game.

One of the true Alpha test veterans, he knows the game from when it was called World of Battleships! His eight 8″ guns provided a great advantage to our team during the most intense phase of battle. 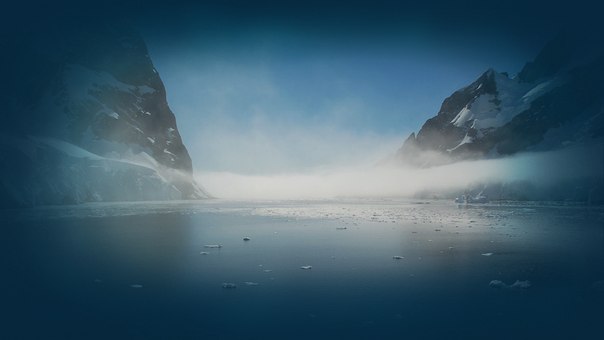 DarkSkalD
Players had to play on the map “Glacier” with one base. Glacier is a very beautiful winter map with a lot of icebergs and glaciers on it. Despite this, there are lots of places for maneuvering.

According to the rules, teams could consist of up to 9 people with 16 points for share. Aircraft carriers or battleships cast 4 points, cruisers and destroyers 2 and 1 point, respectively. Each team could have no more than 2 aircraft carriers.

These rules were favorable for destroyers (smoke, torpedoes, high speed and maneuverability, fast base capture) and cruisers (destroying enemies and protecting allied destroyers, AA guns). And so it was — though carriers played their roles well, and in this tournament they were a dominating force.

Alpetro
The “feature” of the tournament was a slot system. If in a previous tournament, players had to choose from any ship, now they had to think wisely which ship to choose (from a limited choice of ships). 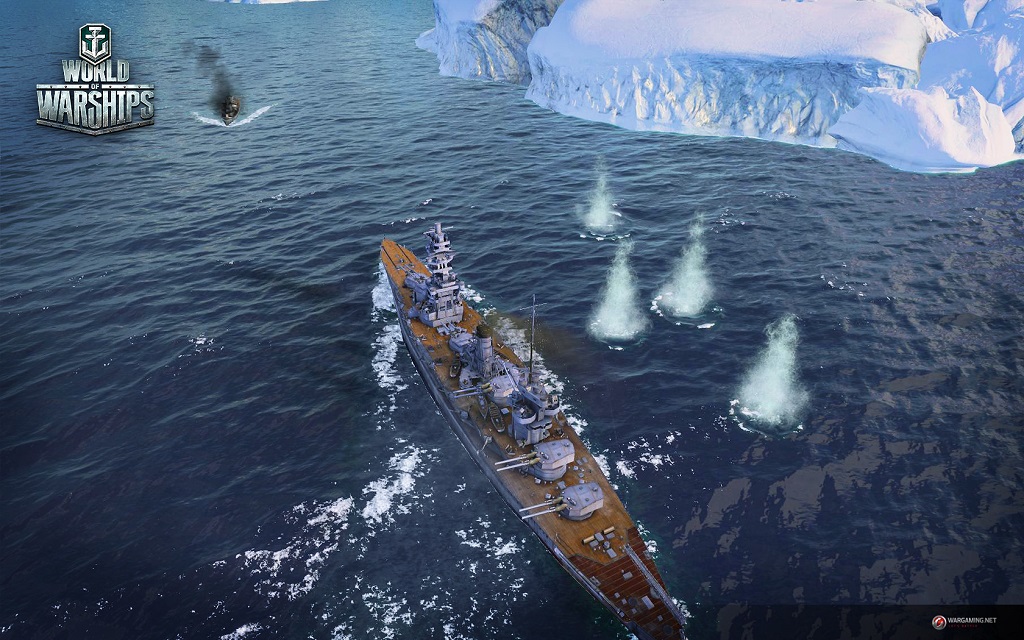 Did you have a plan of action in place? If so, what?

DarkSkalD
Tournament rules allowed you to play in deferent setups, but we decided to choose a universal one. Our team included 2 Cruisers, 4 Destroyers and 2 Carriers, which were dominating in the air. Such a setup allowed us to fight against teams who chose destroyers and destroy battleships with the help of carriers. Our tactics were based on controlling the base with carrier support. The carriers received carte blanche for their actions and worked almost independently. They also had priority in choosing a target.

Alpetro
Taking into account the small size of the map, we initially expected a maneuverable fight in a circle (base). It was important to keep a balance between the number of destroyers and supporting ships.

Kuman
The plan was simple – destroy them all. Seriously, our strategy was based on the setup and spawn points. I loved how our captain was doing his job. He took advice and at the same time managed to unite us as one.

w3rw01f
Plans? Plans are made to be changed during the game :. It’s impossible to create a perfect plan. You always need to adapt it according to the situation and improvise a lot. Also, your skill plays a great role in the battle.

Tell us a bit about each battle that commenced.

DarkSkalD
We faced 3 teams. The first team was the developers’ team, “Black Sails.” We were afraid that this team would kick us out of the tournament. But as they were busy with creating the game, they didn’t manage to gather all together and were playing without some players. So we easily destroyed them.

The second battle was against “Fleet of Open Sea #1″ (FOS) – a very skilled and experienced team with the famous Tarkiriatan as a captain. In the beginning we learned that they were betting on the “Fubuki” destroyers , which allowed them to fire one torpedo salvo more than our “Fletchers.” Their support were “Pensacola”cruisers, which at first seemed to be easy targets as their light armored turrets were easy to destroy, and aiming time left much to be desired.

My team tactics were simple as they could be: cruisers and destroyers had to destroy their attacking ships in the capture circle, as we hoped that the Fletchers’ artillery guns would give us advantage in close fights. But our enemy found a way to surprise us. FOS had a very tactful game: they used group torpedo launches, covering huge territory with it, with wisely built Air defense, and their aviation worked cohesively. It was a severe battle – our carriers lost the battle in air, and their destroyer bombarded us with torpedoes. Battle was divided in several small skirmishes, as it was impossible to focus fire on one target. 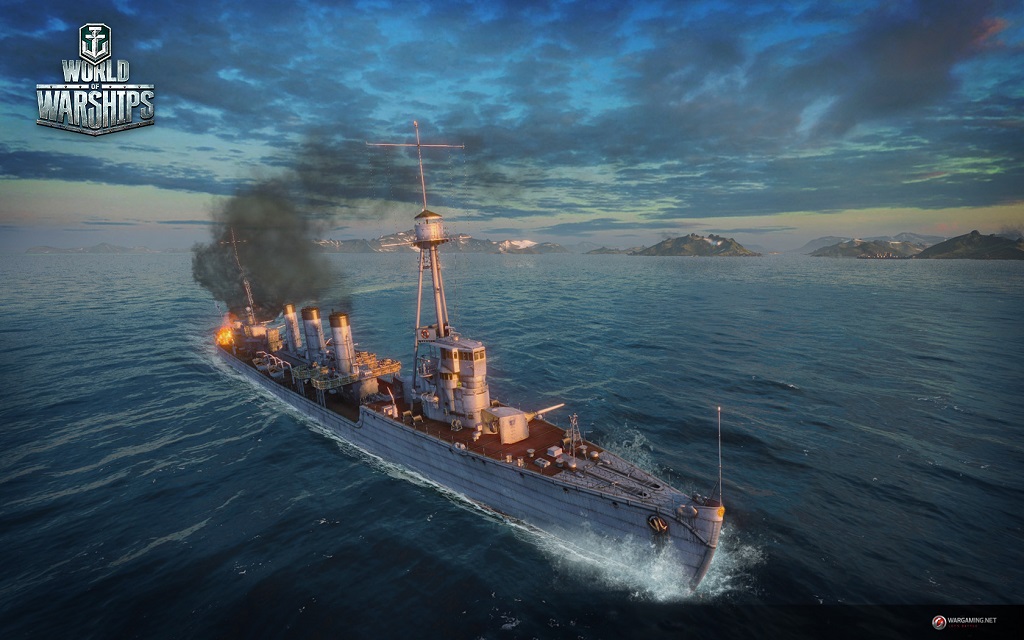 We were saved by our skill and some luck. We lost one Fletcher ,but managed to destroy their destroyers and cruisers, though they were trying to ram us using the smoke cover. The last of the FOS carriers started capturing the base. Our Zuikaku, together with one Fletcher, were against him. The FOS carrier launched dive bombers, and for a moment we thought that he would manage to destroy our carrier, but a timely smoke cover saved our ship. By that time, our Fletcher launched a salvo of torpedoes and decided the battle.

The third battle was against the winners of first tournament, team “Royal Navy”. This team consisted of skilled players who were good at sea battles. Unlike the FOS team, which bet on torpedoes, Royal Navy was playing from destroyers’ artillery. It worked in our favor – superiority in the number of cruisers and armoring was on our side.

After a severe battle with FOS, we decided to give up the idea of fighting for base and use counterattacking tactics: destroyers and cruisers were to gather at the edge of base and only after smoke cover was placed, get into the battle. In addition, the enemy’s superiority in the number of destroyers clearly alluded an undesirability of close battles until cruisers equalized chances. 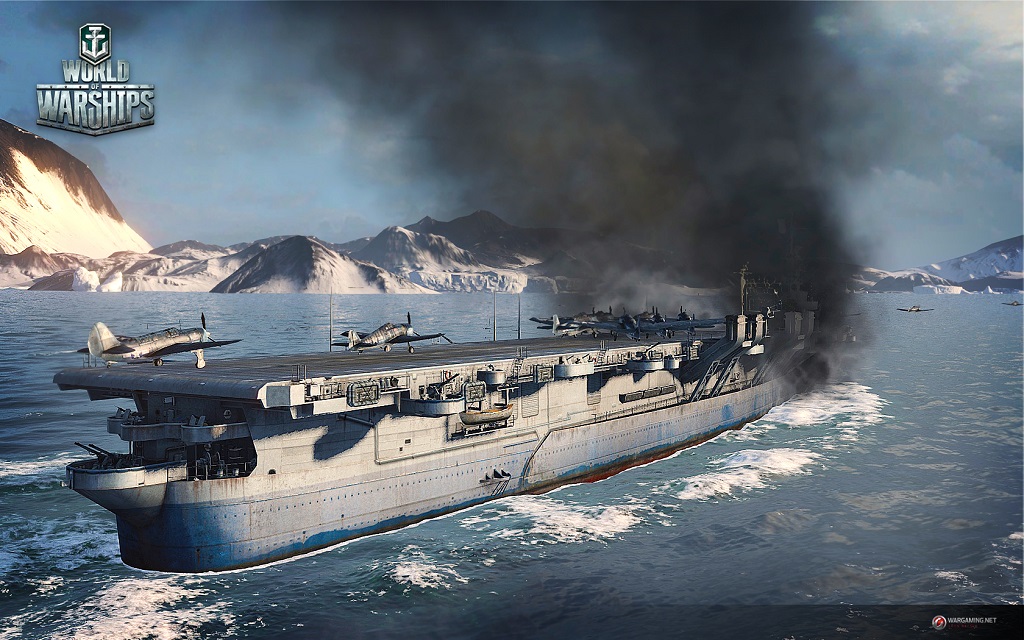 We were lucky with the respawn – a New Orleans appeared close to one of our destroyers, which allowed us to perform a unique tactic in escaping from the enemy’s aviation: “dive into smoke”. Soon, the main enemy forces started capturing the base and set smoke cover. So later, it all was according to plan – cruisers and destroyers were firing and jumping out of smoke, and later went into the circle to reset the cap. A more-or-less controlled phrase of battle soon turned into a chaotic battle in smoke.

Soon, the first ships were destroyed – well-aimed artillery fire and a Fletcher torpedo salvo collected its harvest. My Orleans, together with destroyers, dove into base and destroyed one destroyer with a 203mm gun and the other by ramming it. But later I was damaged by dive bombers, and destroyed by a small torpedo salvo.

Our Zuikaku also suffered a lot; it was under fire all the time. Hit after hit after hit — we thought that it would go down, but that Japanese ship continued the battle and survived till the end of it. By this moment, the Royal team lost most of their ships, but they also destroyed a large number of our ships. Luckily, the advantage was on our side and we managed to destroy our enemy completely.